Hey, some stories to enjoy. Like free samples at the grocery store. But without the toothpick.

Three flash fiction contest winners from Janet R. (Rules: 100 words max, including five words you’re given that must appear in your story. You’ll see those words in bold on these entries.)

I hope you find them satisfying. Thanks for stopping by. Feel free to leave a note. 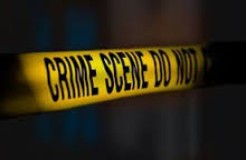 Spring
A toast. I lift my glass. No one – her included – hears me say, To Amy!
My secret desires scream louder than cries from a steamy jungle. She’s my paradise.

Summer
Two dancing roses, Amy and I, practicing xenogamy together.
Open my amygdala and every emotion centers on her. She doesn’t notice me?

Autumn
She’s in every waking thought – every sunbeamy sentence.
Her daydreamy, magenta lips call to mine – but get my name wrong!
(I’d live with polygamy.)

Winter
An armada of seamy cops at the door. Handcuffs. Miranda.
Stalker? I thought the cockamamy bitch didn’t even know I existed. 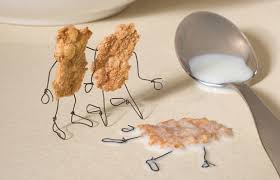 “It’s Number One,” the husband barks.

“The Quaker?” Moynihan surprised. No match. Turns to the wife. “And you, ma’am?”

Points at Tony, in the stripes. “Number Three.”

Moynihan nods. “Whacks the victim with a ceramic bowl. Stabs him with a spoon.”

Berry nodding. “No question. Signature of a cereal killer.”

Was she monkeying around?

If he only knew. She lumbered around the enclosure. Devoured four bananas. Two chocolate chimp cookies.

Mama said, Do we get to meet him?

She considered the pronoun. Hmm. Not exactly.

She’s not a baboon, Mama cried.

She’s not a he, Papa snarled.

But I love your daughter, Orangutan said.

That’s enough for me, Mama and Papa sang.