Took me a year of blogging, but I finally figured out something fun we’d both enjoy. I’m calling it the Flash Friday Mystery. Here’s how it works. Every other Friday, I write a piece in about 100 words. The story will be based on the number for that particular date on the calendar. So, for example, today’s story for January 27 is about #27. Your job is to figure out HOW it’s based on 27. 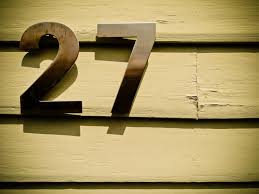 Park, your solution would be that the Hall of Famer wore 27 on the back of his Red Sox jersey. Or, if I wrote a story how William Howard Taft got stuck in the bathtub in the White House, your answer would be that Taft was the 27th president. See how this works?

Now that I’ve given you two easy examples, I’m gonna make the first entry super hard. Only a rare person will figure it out. It plays a role in my current WIP (work in progress) about a down-on-her-luck musician named Roxi.

At twenty-four, Roxi was on top of the world. Back-to-back platinum albums, fifty-four sold-out shows and six Grammy noms. Now, two years later, critics panned her and fans ignored her.

Joani Johnson, her stop-at-nothing agent with a vested interest, offered a plan. “I can lift your sales again.”

Joani didn’t rise to the top of her profession by giving up. “History lesson for ya. Artists are never more popular than after they die.”

She broke Roxi’s heart with a bullet. “It’s a win-win. I get rich off your royalties, and you never join the club.”

If you said the 27 Club, you’re a winner. “The club” that both Roxi and Joani refer to in the story is the 27 Club, where an unusually high number of popular musicians die at the age of 27. Roxi, of course, died at 26 thanks to her greedy agent. 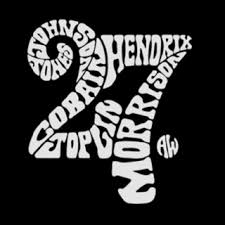 Leonard fans will be familiar with him), Brian Jones, Jimi Hendrix, Janis Joplin, Jim Morrison, Kurt Cobain and Amy Winehouse among many others.

Cobain and Hendrix biographer Charles R. Cross wrote, “The number of musicians who died at 27 is truly remarkable by any standard. Humans die at all ages, [but] there is a statistical spike for musicians who die at 27.”

The phenomenon has been captured in several songs by various artists. In fairness, a couple scientific research studies investigated (thereby strengthening the argument, perhaps) and concluded that musicians do not statistically have a stronger chance of dying at age 27. These same scientists are still concluding that Donald Trump does not have a statistical chance to become president of the U.S. one day.

Come back in a couple weeks for our next Friday Flash Mystery.